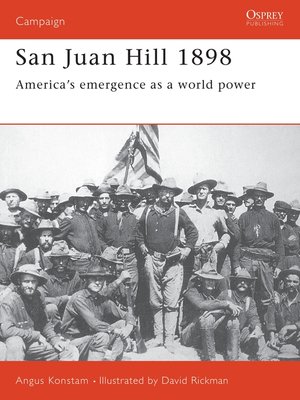 Labelled a 'splendid little war' by Senator John Hay, the Spanish American War (1898) was a peculiar event in America's history, provoked as much by the press as by political pressures. Here, aided by superbly detailed maps and artwork, the author deals with the clashes at Las Guasimas and El Caney, the capture of San Juan Hill, and the naval battle and siege of Santiago. The war was to mark the end of Spanish sovereignty in her 'New World', and the establishment of the United States of America as a world power.