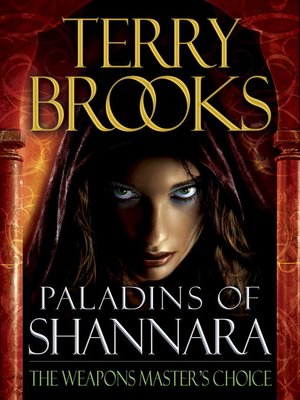 FantasyFictionShort Stories
A city besieged by a powerful warlock seeks salvation from a fabled warrior in the second of three gripping new stand-alone eBook short stories set in the world of the fantasy-fiction phenomenon that is Shannara—by beloved New York Times bestselling author Terry Brooks.

His extraordinary—and deadly—skills have earned Garet Jax renown and infamy as the man called the Weapons Master. Rootless, solitary, and endlessly sought after, he roams the Four Lands, loyal to none but himself . . . and whomever can afford his services as warrior, assassin, and avenger for hire. But Lyriana is unlike any who have come to him before: as beautiful as she is bold, as enigmatic as the distant city she is desperate to save, and possessed of an intangible, irresistible allure that entices even the hardened Garet Jax more than any amount of gold or silver ever could.

But the challenge she comes bearing may give even the celebrated Weapons Master pause. The remote city of Tajarin, Lyriana's home, is being laid to waste by an immensely powerful and boundlessly evil warlock of the deadliest order. With the populace enslaved and no champion to stand against the invader, Tajarin will soon be wiped from the map—perhaps only the first city to fall. Whatever hope exists rests in the deft hands, lethal blades, and unerring instincts of Garet Jax. With righteous fury in his blood, and feelings he has never before known in his heart, he will face the most dire of enemies, and dare the blackest of fates, for the mysterious woman at his side—whose deepest secrets have yet to be revealed.

"Terry's place is at the head of the fantasy world."—Philip Pullman, author of The Golden Compass
BONUS: This edition includes an excerpt from Terry Brooks's Bloodfire Quest.
FantasyFictionShort Stories

More about Terry Brooks
The Weapons Master's Choice
Copy and paste the code into your website.
New here? Learn how to read digital books for free