ebook ∣ Michael Jordan and the World He Made 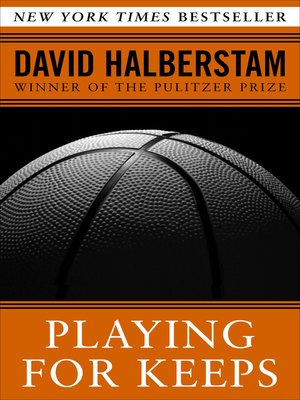 View more libraries...
The Pulitzer Prize–winning journalist looks at the life and times of the Chicago Bulls superstar— "The best Jordan book so far" (The Washington Post).
One of sport's biggest superstars, Michael Jordan is more than an internationally renowned athlete. As illuminated through David Halberstam's trademark balance of impeccable research and fascinating storytelling, Jordan symbolizes the apex of the National Basketball Association's coming of age. Long before multimillion-dollar signings and lucrative endorsements, NBA players worked in relative obscurity, with most games woefully unattended and rarely broadcast on television. Then came Larry Bird and Magic Johnson, Jordan's two great predecessors, and the game's status changed. The new era capitalized on Jordan's talent, will power, and unrivaled competiveness. In Playing for Keeps, Halberstam is at his investigative best, delving into Jordan's expansive world of teammates and coaches. The result is a gripping story of the athlete and media powerhouse who changed a game forever. This ebook features an extended biography of David Halberstam.