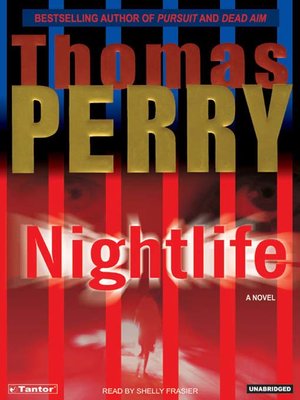 FictionLiteratureMystery
By turns horrifying and erotic, critically-acclaimed author Thomas Perry's new thriller takes us on a dangerous cat-and-mouse game that pits two women against each other: a beautiful serial killer and the detective who is determined to stop her. When the cousin of Los Angeles underworld figure Hugo Poole is found shot to death in his Portland, Oregon, home, police find nothing at the scene of the crime except several long strands of blond hair hinting that a second victim may have been involved. Hotel security tapes from the victim's last vacation reveal an out-of-focus picture of a young blond woman entering and leaving his room. Could she also be a murder victim? Portland homicide detective Catherine Hobbes is determined to solve the case and locate the missing blonde, but her feelings, and the investigation, are complicated when Hugo hires private detective Joe Pitt to perform a parallel investigation. As Joe and Catherine form an uneasy alliance, the murder count rises-and both realize that the pretty young woman in the security tapes is not a victim at all. As Catherine follows the evidence, she finds herself in a deadly contest with an unpredictable adversary capable of changing her appearance and identity at will. Catherine must use everything she knows, as a homicide detective and as a woman, to stop a murderer who kills on impulse and with ease, and who becomes more efficient and elusive with each crime.
FictionLiteratureMystery

More about Thomas Perry
Nightlife
Copy and paste the code into your website.
New here? Learn how to read digital books for free