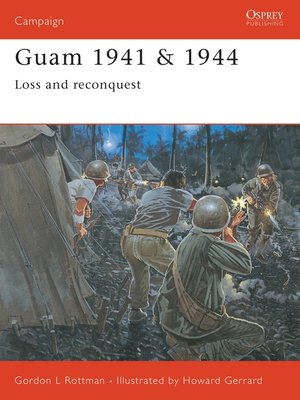 The island of Guam was the first Allied territory lost to the Japanese onslaught in 1941. On 10 December 5,000 Japanese troops landed on Guam, defended by less than 500 US and Guamanian troops, the outcome was beyond doubt. On 21 July 1944 America returned. In a risky operation, the two US landing forces came ashore seven miles apart and it was a week before the beachheads linked up. Only the battles for Iwo Jima and Okinawa would cost the Americans more men than the landings on Guam and Saipan, which immediately preceded the Guam operation. In this book Gordon Rottman details the bitter 26-day struggle for this key Pacific island duringWorld War II (1939-1945).