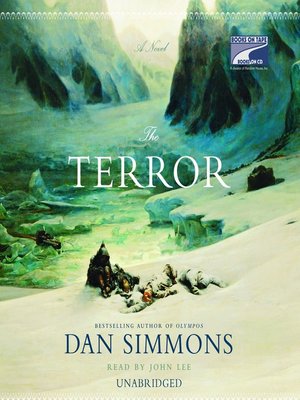 View more libraries...
The men on board the HMS Terror—part of the ill-fated 1945 Franklin Expedition—are entering a second summer in the Arctic Circle without a thaw, stranded in a nightmarish landscape of ice and desolation. Endlessly cold, they struggle to survive with poisonous rations and a dwindling coal supply. But their real enemy is even more terrifying. There is something out there in the frigid darkness: an unseen predator stalking their ship, a monstrous terror clawing to get in.

"A bone- and spine-chilling novel."—Minneapolis Star-Tribune

"The best and most unusual historical novel I have read in years."—Katherine A. Powers, Boston Globe

"A mesmerizing thriller. . . . Simmon's epic, like the frozen sea that trapped the sailors, holds you fast."—Jennifer Reese, Entertainment Weekly