Puppet On A String 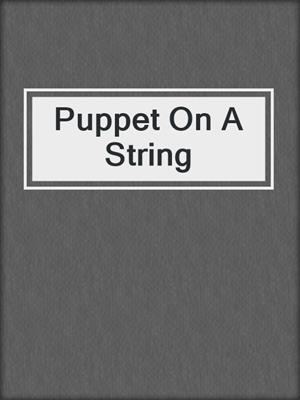 After a routine trans-Atlantic flight to Vienna, the young and pretty Shelby Ryan is suddenly arrested in customs and hauled off for a humiliating interrogation and strip-search. Although Shelby knows nothing about the mysterious package the guards find in her bag, the unidentified disk is enough to have her sent to a detention center in Eastern Europe. For the trip, she's forced into a cruel crotch piece fitted with electrically charged dildos, the devices intended to ensure that Shelby behaves herself en route. At the detention facility there is more interrogation from Col. Jessup, an American intelligence specialist. This sadist's job is to break females with any means of torture - as long as the merchandize is not permanently damaged. Shelby faces an nightmare from which there is no escape. She's beaten, endures multiple piercings, and is gangbanged by ruthless guards. When alone in her cell, she is kept in a drugged stupor, during which her mind meanders back ten years before, when just nineteen, her domineering employer turned her into his sex slave. Her world revolved around the controlling sadist, and now those masochistic desires he unearthed have flamed in her again, as she's forced back into a world of submission she once fled. Although as Jessup continues the torture, she remembers all too well the decadent pleasures to be derived from such abuse. Shelby is later moved from the detention center to Madame Pavlenco's high-class brothel, where her fate will ultimately be determined. Though she longs for rescue and the strong arms of her boyfriend, the Irish carpenter, Padraig Finnian, she fears that she'll continue to be just a sexual puppet, dancing on another man's strings. Unexpected turns around every corner, highlight this S&M novel.