Freedom of Speech or Defamation? Expressing Yourself on the Web 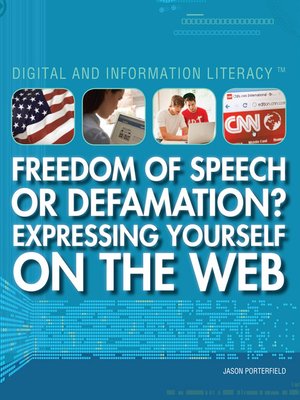 Digital communication—particularly via social networking sites—has quickly become a dominant form of interaction in our society and worldwide. The instantaneous convenience of conversation and dialog with friends down the street or strangers halfway across the globe is a wondrous technological development and one with enormous potential for relationship-strengthening, idea-sharing, and community-building. Yet the anonymity of digital communication and self-expression also provides some users with a false sense of impunity. They feel encouraged to say things they wouldn't say in a face-to-face encounter. Some of these posts can be bullying; some can involve hate speech or defamation. Readers will walk the line that separates harsh but legitimate criticism, which is protected by free speech provisions of the Constitution, from defamation and other illegal forms of expression. They also wade into these troubled waters, sort through the major legal precedents, and are provided with some invaluable guidelines to follow when expressing themselves or communicating with others via the Internet.