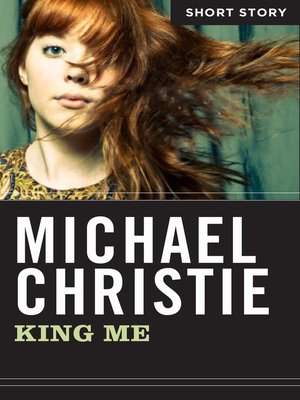 Michael Christie delicately and convincingly explores the fragile world of mental illness through Saul, a hospital patient who stops taking his medication, reordering his perspective on the world. " King Me" is part of Christie' s critically acclaimed short-story collection, The Beggar' s Garden.

More about Michael Christie
King Me
Copy and paste the code into your website.
New here? Learn how to read digital books for free