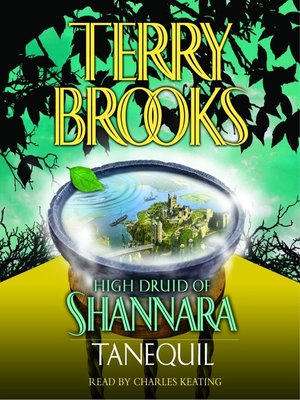 FantasyFiction
Dark magic has opened a gateway to the Forbidding and trapped within it Grianne Ohmsford, rightful High Druid of Shannara. Rescuing Grianne will be merely the beginning of the effort to return the Four Lands to some semblance of peace. Only her young nephew, Penderrin, has any hope of returning her to power. But to breach the Forbidding and bring Grianne back to the natural world, Pen must find the fabled Tanequil . . . and the talisman it alone can provide. That means journeying into the Inkrim–a dreaded region thick with shadows and haunted by harrowing legends. And there, Pen will strike a bargain more dire than he could ever imagine.

From the Trade Paperback edition.
FantasyFiction

More about Terry Brooks
Tanequil
Copy and paste the code into your website.
New here? Learn how to read digital books for free