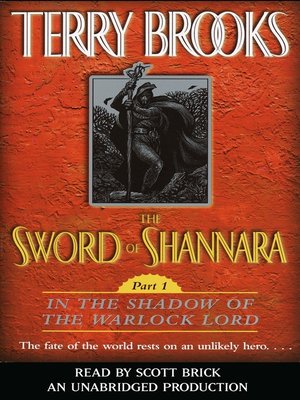 The Sword of Shannara

FantasyFiction
The Sword of Shannara is the first volume of the classic series that has becomeone of the most popular fantasy tales of all time.
Long ago, the wars of the ancient Evil ruined the world. In peaceful Shady Vale, half-elfin Shea Ohmsford knows little of such troubles. But the supposedly dead Warlock Lord is plotting to destroy everything in his wake.The sole weapon against this Power of Darkness is the Sword of Shannara, which can be used only by a trueheir of Shannara. On Shea, last of the bloodline,rests the hope of all the races.
Thus begins the enthralling Shannara epic,a spellbinding tale of adventure, magic, and myth . .
FantasyFiction

More about Terry Brooks
The Sword of Shannara
Copy and paste the code into your website.
New here? Learn how to read digital books for free