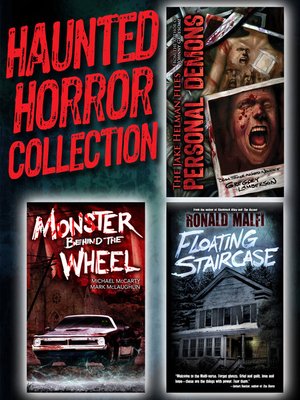 In Personal Demons, Jake Helman, an elite member of the New York Special Homicide Task Force, faces what every cop dreads?an elusive serial killer. While investigating a series of bloodletting sacrifice rituals executed by an ominous perpetrator known as the Cipher, Jake refuses to submit to a drug test and resigns from the police department. While battling a cocaine addiction, Jake starts a high-pressure position as the director of security at Tower International, a controversial genetic-engineering company. Beneath the polished exterior of the corporate identity and the CEO?who has a reputation as the frontiersman on the cutting edge of science?is a deranged mind. As Jake delves deeper into this frightening laboratory, he discovers much more than unethical practices performed in the name of human progress. Sequestered in rooms veiled in secrecy is the worst crime the world will ever see?the theft of the human soul. Horrifying and gruesome, this is a gripping, suspense-filled novel that offers intense arguments about science, ethics, and human life. In Monster Behind the Wheel, As a child, Jeremy Carmichael fell from a Ferris wheel at a carnival. When he landed on a beautiful young woman, his fall was broken. Unfortunately, so was the woman?s spine. Years later, while delivering pizzas, Jeremy is injured in a car accident . . . that opens the gates between the worlds of the living and the dead, awakening the spirit of cruel Frank Edmondson. Frank, the policeman who arrived at the scene of that carnival accident long ago, was that woman?s lover. Now, ready for revenge, Frank devises a cunning plan. Soon Jeremy finds himself visiting the realm of the dead in dreams and visions. Is this Frank?s doing, or is there another explanation? Using a sleek muscle car called Monster, Frank gains control over Jeremy?s life. But what Frank doesn't know is that he?s tampering with the fate of the entire universe . . . because Jeremy isn't your average pizza delivery boy, and all hell is about to break loose?literally. In Floating Staircase, Following the success of his latest novel, Travis Glasgow and his wife Jodie buy their first house in the seemingly idyllic western Maryland town of Westlake. At first, everything is picture perfect?from the beautiful lake behind the house to the rebirth of the friendship between Travis and his brother, Adam, who lives nearby. Travis also begins to overcome the darkness of his childhood and the guilt he?s harbored since his younger brother?s death?a tragic drowning veiled in mystery that has plagued Travis since he was 13. Soon, though, the new house begins to lose its allure. Strange noises wake Travis at night, and his dreams are plagued by ghosts. Barely glimpsed shapes flit through the darkened hallways, but strangest of all is the bizarre set of wooden stairs that rises cryptically out of the lake behind the house. Travis becomes drawn to the structure, but the more he investigates, the more he uncovers the house?s violent and tragic past, and the more he learns that some secrets cannot be buried forever.