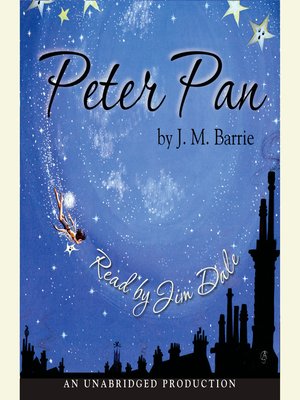 Classic LiteratureFantasyJuvenile Fiction
"All children, except one, grow up."
So begins the journey of Wendy, John, and Michael Darling as they follow Peter Pan, the boy who never grows up, to a world where fairies live and children can fly. But beware—dangers abound in this magical land of mermaids, Indians, and fairy dust.
There's always an adventure to be had in Neverland. so come along with the Darling children as they soar into the night sky "second star to the right and straight on till morning."
Classic LiteratureFantasyJuvenile Fiction

J. M. Barrie, also known as Sir James Mathew Barrie, was born on May 9, 1860, at Kirriemuir in Scotland, the ninth of ten children of a weaver. When Barrie was six, his older brother David died in a skating accident. Barrie then became his mother'...

More about J.M. Barrie
Peter Pan
Copy and paste the code into your website.
New here? Learn how to read digital books for free