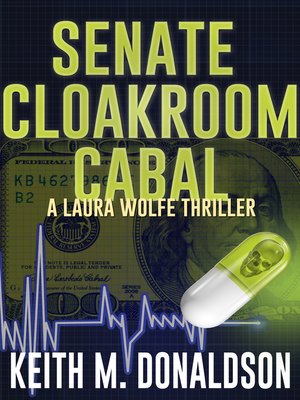 "We don't manufacture cures. We manufacture dependencies." So says the head pharmaceutical lobbyist to the majority leader of the United States Senate. Soon after that utterance, a miracle-cure cancer drug is rejected by the US Food and Drug Administration because of purported side effects. A first-year senator, Roanne Dalton senses illegal activity in her own party, but is powerless to act on her own. Instead, she seeks an objective investigator and turns to the well-respected and savvy Washington Daily Star reporter Laura Wolfe. Senator Dalton and Laura suspect a Capitol Hill conspiracy with horrific consequences—-keeping this anxiously awaited drug away from the American people—-a conspiracy of greed and deceit that, without warning, turns deadly. Senate Cloakroom Cabal is the second installment in the thrilling Laura Wolfe series, following Death of an Intern.