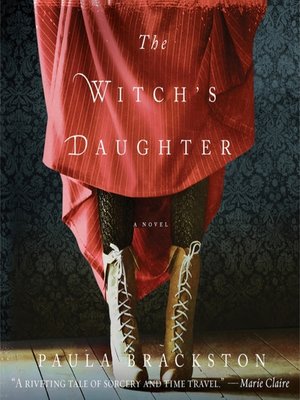 My name is Elizabeth Anne Hawksmith, and my age is three hundred and eighty-four years. Each new settlement asks for a new journal, and so this Book of Shadows begins... In the spring of 1628, the Witchfinder of Wessex finds himself a true Witch. As Bess Hawksmith watches her mother swing from the Hanging Tree she knows that only one man can save her from the same fate at the hands of the panicked mob: the Warlock Gideon Masters, and his Book of Shadows. Secluded at his cottage in the woods, Gideon instructs Bess in the Craft, awakening formidable powers she didn't know she had and making her immortal. She couldn't have foreseen that even now, centuries later, he would be hunting her across time, determined to claim payment for saving her life.In present-day England, Elizabeth has built a quiet life for herself, tending her garden and selling herbs and oils at the local farmers' market. But her solitude abruptly ends when a teenage girl called Tegan starts hanging around. Against her better judgment, Elizabeth begins teaching Tegan the ways of the Hedge Witch, in the process awakening memories—and demons—long thought forgotten.Part historical romance, part modern fantasy, The Witch's Daughter is a fresh, compelling take on the magical, yet dangerous world of Witches. Readers will long remember the fiercely independent heroine who survives plagues, wars, and the heartbreak that comes with immortality to remain true to herself, and protect the protégé she comes to love.

PAULA BRACKSTON is the New York Times bestselling author of The Witch's Daughter and The Little Shop of Found Things, among others. Before becoming a writer, she was a horse groom, a travel agent, a secretary, a teacher, and a goat herd. Everyone ...

More about Paula Brackston
The Witch's Daughter
Copy and paste the code into your website.
New here? Learn how to read digital books for free