The End of the Matter 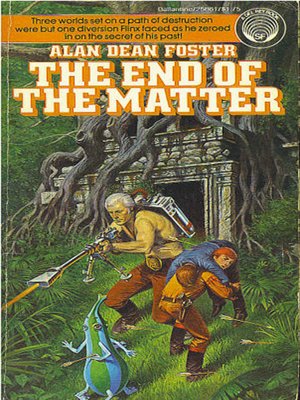 View more libraries...
Accompanied by his faithful minidrag Pip and a most troublesome alien called Abalamahalamatandra — Ab for short — Flinx set out for Alaspin, the ruggedly primitive homeworld of his flying snake.
There he hoped to find the giant man with the gold earring who somehow held the key to Flinx's mysterious past and to the strange powers he possessed. Chasing down his heritage was trouble enough, but Flinx didn't know what real trouble was until he realized that the Qwarm — a deadly assassin squad — were three steps behind him with a contract to kill.
But the minidrag's homeworld did not offer safety and Flinx had a terrible time just staying alive ... a matter complicated to no mean degree by a collapsar already set on an unstoppable death course across the galaxy!