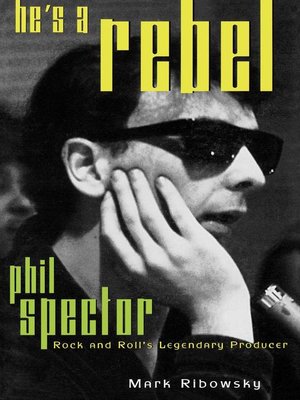 Phil Spector created the "wall of sound," produced the Beatles' last record, persuaded the Ramones to go "pop," made the Righteous Brothers sound respectable, and was a millionaire by age 21. His credits include some of the most important and memorable songs of the 1960s: The Ronettes' "Be My Baby," The Crystals' "And Then He Kissed Me," and Ike and Tina Turner's "River Deep, Mountain High."

Culled from more than 100 interviews with Spector's closest associates, including staff producers, singers, musicians, and ex-wives, He's a Rebel discusses all stages of Spector's varied musical career, from his first hit, "To Know Him Is To Love Him" (written as a teenager) to his appointment to the Rock and Roll Hall of Fame.

In addition to chronicling his musical achievements and unpredictable genius, the author boldly explores Spector's legendary eccentricities, addictions, and violent, reclusive tendencies. He's a Rebel offers a definitive, unflinching portrait of Phil Spector, the producer who transformed the airwaves and forever impacted the sound of popular music.