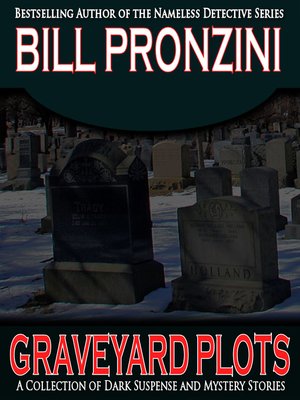 In this collection of 23 short stories, Bill Pronzini, prolific, award-winning west-coast mystery writer and creator of the well-known "Nameless Detective" series, the author's style and versatility truly shine.  These talesincluding three that feature his well-known series chararacter, the "Nameless Detective"run the gamut from psychological suspense ("Strangers in the Fog") to satire ("A Craving for Originality") to Western gothic ("The Hanging Man" and "His Name was Legion"). Of special note, "Proof of Guilt" is a dandy murder-in-a-locked-room puzzle; "Multiples" (written with Barry N. Malzberg) is an intriguing literary exercise about a man who can't decide whether to kill his wife or simply write about it; "Rebound" is a solid character piece about a washed-up reporter stalking a once-great basketball player; and "Peekaboo," about the lone tenant in a large, eerie house, has an ending guaranteed to deliver the shivers.