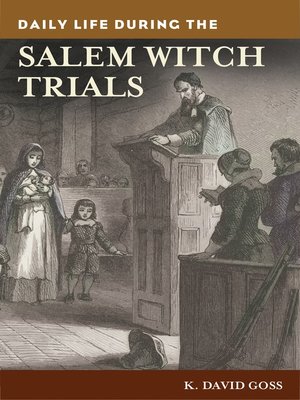 There are few episodes in American history as interesting and controversial as the Salem Witch Trials. This work provides a revealing analysis of what it was like to live in Massachusetts during that time, creating a nuanced profile of New England Puritans and their culture.

The book begins with a historical overview tracing the development of the Puritan experiment in the Massachusetts colony from 1620 to 1692. It then explores the cultural values and day-to-day concerns of Puritan society in the late-17th century, including trends and patterns of behavior in family life, household activities, business and economics, political and military responsibilities, and religious belief. Each chapter interprets a different aspect of daily life as it was experienced by those who lived through the social crisis of the witch trials of 1692–93, helping readers better comprehend how the history-making events of those years could come to pass.