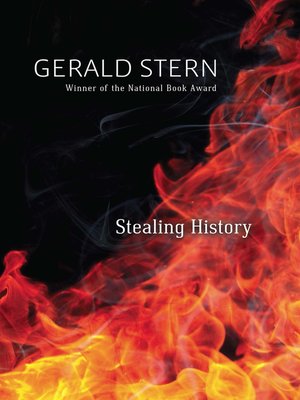 In what could be boldly called a new genre, Gerald Stern reflects with wit, pathos, rage, and tenderness, on 85 years of life. In 70 short, intermingling pieces that constitute a kind of diary of a mind, Stern moves nimbly between the past and the present, the personal and the philosophical. Creating the immediacy of dailiness, he writes with entertaining engagement about what he's reading, be it Spinoza, Maimonides, John Cage, Etheridge Knight, James Schuyler, or Lucille Clifton, and then he seamlessly turns to memories of his student years in Europe on the GI Bill, or his political and social action. Unexpected anecdotes abound. He hilariously recounts the evening Bill Murray bit his arm and tells about singing together with Paul McCartney. Interwoven with his formidable recollections are passionate discussions of lifelong obsessions: his conflicted identity as a secular Jew opposed to Israel's Palestinian policy; the idea of neighbors in various forms — from the women of Gee's Bend who together made beautiful quilts to the inhabitants of Jedwabne, who on a single day in 1941 slaughtered 300 Jews; and issues of justice.