ebook ∣ The Life and Times of a Mexican Revolutionary 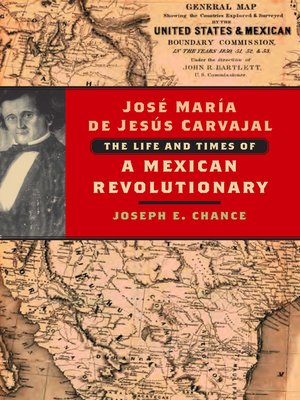 View more libraries...
José María de Jesús Carvajalis both a biography of a Mexican postrevolutionary and a study of the development of a new border between Mexico and the United States during the crucial decades of the early to mid–nineteenth century. The work examines the challenges faced by Carvajal, a bilingual, bicultural character in confusing times, against the historical backdrop of the history of colonial Texas and northern Mexico.
Chance has chosen to focus on a political-military figure whose career stretches from the Texas Revolution to the French Intervention. Carvajal played a key role in the violent struggle between the liberal and conservative political factions that vied for control of the Republic of Mexico from 1830 to 1874. He was the leader of a mercenary army that invaded Mexico from the United States in 1851 in an unsuccessful attempt for the creation of the so-called independent Republic of the Sierra Madre. In addition, he played significant roles in the struggle for Texas Independence and formation of the ill-fated Republic of the Rio Grande; and he opposed the American occupation of northern Mexico during the Mexican-American War, the War of Reform that solidified liberal control of Mexico under the leadership of Benito Juarez, and the French Intervention into Mexico.
Carvajal's life and exploits have been largely overlooked by contemporary historians. This work sheds new light on several important chapters in the history of Texas and northern Mexico.