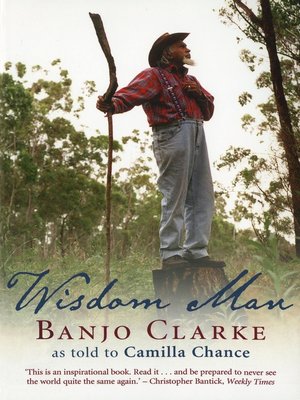 Life should be looked upon as a sacred thing, to be handled carefully. If something terrible happens, you stop for a while and have a think, and then you work around the next big problem coming up. Like water around a rock. And you still help people when you can, even your worst enemy.

Some lives, like that of Banjo Clarke, are so special they touch countless others without trying. Banjo was born in the early 1920s in the Framlingham Forest near Warrnambool, Victoria, and by the time he passed away he was known and loved by thousands for his wisdom and kindness. He carried a swag during the Great Depression, fought with Jimmy Sharman's famous boxing troupe, built roads for the army in World War II, and had 67 great-grandchildren. Despite the great hardships he faced in his life, Banjo was renowned for espousing love and forgiveness, sustained by his deep connection to his land, his ancient culture and its spiritual beliefs. His conviction that these could prove the saving of the world was his motivation for telling his story.