The Last Ride of the James–Younger Gang 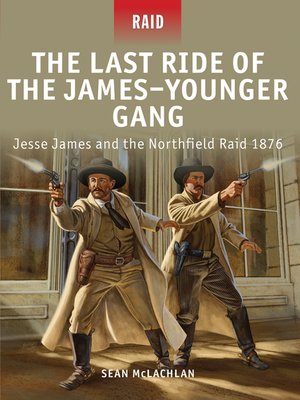 It was the beginning of the end for the James gang. In the past ten years Frank and Jesse James had gone from unknown ex-Confederate guerrillas to the most famous outlaws in the world. A string of daring robberies of banks, trains, and stagecoaches had brought them fame, admiration, hatred, and a surprisingly small amount of wealth. In 1876 they planned their most daring raid yet--to ride hundreds of miles from their home state of Missouri to rob the First National Bank at Northfield, Minnesota. This book will tell the story of one of the most daring bank jobs in American history. With most of the gang being former bushwhackers, they used many guerrilla tactics in the planning and execution of the raid, yet failed because of poor discipline and their own fame, which meant that every town in the Midwest had their guns loaded waiting to fight off bandits.

History Military Nonfiction
The Last Ride of the James–Younger Gang
New here? Learn how to read digital books for free