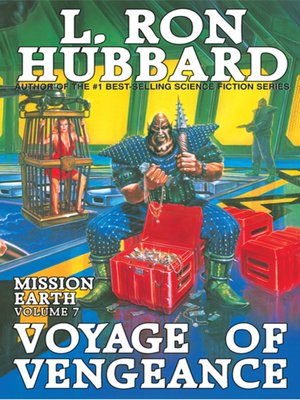 The end is near!

The Voltarian terrorists have won!

But don't believe everything you read. Or hear. Or see. Because the road to victory is paved with bad intentions—and lies, betrayal and deception are all in play. So who are the players in this treacherous game . . . ?

Countess Krak: victim of a spectacular kidnapping, she is bound for a distant dungeon where she faces a venomous fate. . . .

Royal Officer Jettero Heller: convinced the Countess is dead and overcome by grief, he is holed up in a Connecticut roadhouse—and standing square in an assassin's crosshairs. . . .

Soltan Gris: together with a young temptress named Teenie Whopper, he undertakes a drug-fueled voyage across the Atlantic. But the journey's about to be cut short, as he goes from getting stoned with Teenie to nearly getting stoned to death in Turkey. . . .

So who is in command? Who is the puppet master pulling the strings? And, finally, is there any hope for planet Earth? The answers lie at the end of an extraordinary VOYAGE OF VENGEANCE.