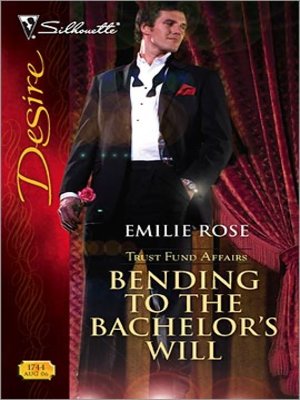 Bending to the Bachelor's Will

One unbelievably desirable banker. Kisses could melt the U.S. mint. Short-term loans only. Former debutante Holly Prescott had shunned her wealth and its trappings for a simpler life. But a foolhardy promise to "buy a bachelor" at a charity auction led her to an unexpected man: successful banker Eric Alden.

Eric refused to submit to the highest bidder. Instead, he targeted Holly -- a woman he could trust -- to be his date. The transaction would be simple...no strings attached. Yet the attraction between them was too magnetic to ignore...and too explosive to continue.

More about EMILIE ROSE
Bending to the Bachelor's Will
Copy and paste the code into your website.
New here? Learn how to read digital books for free