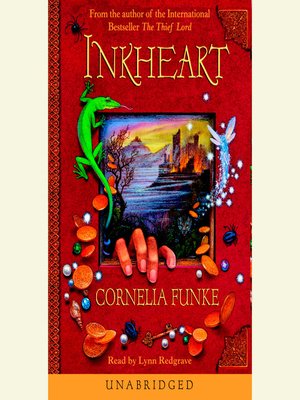 FantasyJuvenile Fiction
From the author of the sensational New York Times bestseller The Thief Lord comes a thrilling new adventure about magic and self-discovery.
Meggie lives a quiet life alone with her father, a bookbinder. But her father has a deep secret—he possesses an extraordinary magical power. One day a mysterious stranger arrives who seems linked to her father's past. Who is this sinister character and what does he want? Suddenly Meggie is involved in a breathless game of escape and intrigue as her father's life is put in danger. Will she be able to save him in time?
Includes an excerpt from Inkspell, the sequel to Inkheart, read by Brendan Fraser.
FantasyJuvenile Fiction

Cornelia Funke is Germany's bestselling children's author after J. K. Rowling and R. L. Stine. In the fall of 2002, she made her brilliant debut in the English language market with the release of The Thief Lord, the enchanting New York Times bests...

More about Cornelia Funke
Inkheart
Copy and paste the code into your website.
New here? Learn how to read digital books for free