Death of an Intern 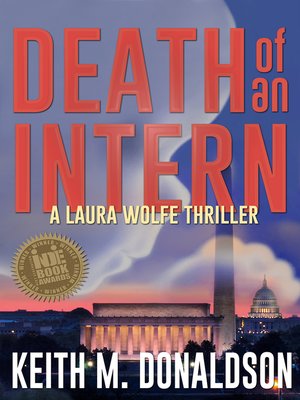 Winner of a Finalist Award in the Mystery Category of the 2012 Next Generation Indie Book Awards, this riveting, suspenseful novel is an introduction to Donaldson's Laura Wolfe series. Wolfe, a tenacious beat reporter for The Washington Star, tracks a D.C serial killer who butchers pregnant women and steals their fetuses, dumping the naked bodies with no identification in an obscure part of the city. When Laura is shown the body of victim number two, she recognizes her as someone named Janet who she had met at a reception for the Vice President of the United States. The victim is quickly identified as Janet Rausch, and Laura begins digging into her background. When the public Janet does not match with the private one, Laura begins to question whether there may have been more to Janet's death than being a serial killing victim. The mounting evidence Laura accumulates stimulates her inquisitive mind into believing Janet's murder was planned. Yet she is the only one to believe that theory. Her startling revelation confounds both her lawyer husband and her bestfriend, Max Walsh, Captain of Homicide for the Washington MPD. Laura persists anyway and goes from the dirty back streets of D.C. to the nation's capital, to the Virginia suburbs, and into the polished halls of political Washington, as the public is terrorized by a third murder, very much like the previous two.