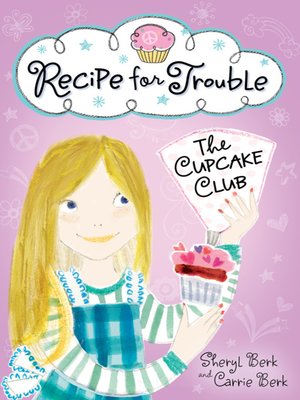 Shy Lexi has developed a crush and the club helps her bake him a heart-shaped cupcake, but not everything goes quite as planned. Peace, Love and Cupcakes is The Babysitter's Club for a generation raised on Cake Boss and Ace of Cakes.

To Lexi, a new school year means back to baking with her BFFs in the cupcake club. But the club president, Kylie, is mixing things up by inviting new members. And Lexi is in for a not-so-sweet surprise when she is cast in the school's production of Romeo and Juliet. If only she could be as confident onstage as she is in the kitchen. The icing on the cake: her secret crush is playing Romeo. Sounds like a recipe for trouble.

Can the girls' friendship stand the heat, or will the cupcake club go up in smoke?

Includes reciples and tips to try at home!

"Kids and cupcakes are the perfect recipe."—Sophie and Katherine, stars of TLC's DC Cupcakes