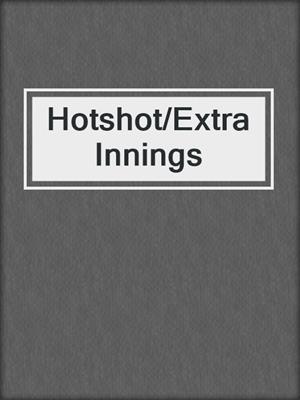 Captain Sara Weston needs a pilot for her recruitment program, and fast! Top Gun pilot Luke Carnes is the perfect candidate. The problem is he's ridiculously hot - and the man who broke her heart.

But she'll be professional. Just as long as she's never close to him, and never in his bed! Then again, never is a long, long time...

Playing The Field! - In high school, Elizabeth had a huge crush on short stop Dylan Andrews. Now she has to interview him for work...and finally pull him behind the bleachers?

Bringing The Heat - Pitcher Rob Perry's second chance could turn into a double-play when Tori Gallagher makes a pitch that Rob can't refuse.

Hotshot/Extra Innings
Copy and paste the code into your website.
New here? Learn how to read digital books for free