The Great War on the Western Front 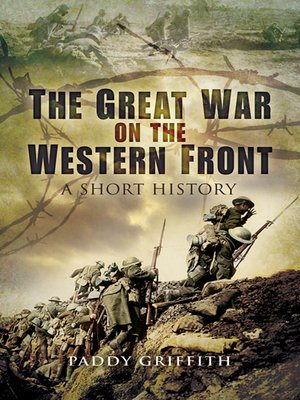 The war on Western Front from 1914 to 1918 remains one of the notoriously great tragedies of the twentieth century. Most people hold it in their minds as a milestone in modern history, yet many of them know less about this devastating clash of nations than they would like - and they would be interested to discover more. Paddy Griffith's short history of the conflict has been written with them in mind. It provides an accessible primer to an enormous and fascinating subject. His account is aimed at an English-speaking readership, and he concentrates on the part played by British Expeditionary Force and the Americans in the conflict. The French and German perspectives are also explained and the wider political and strategic evolution of the war as a whole is laid out as essential background.

History Military Nonfiction
The Great War on the Western Front