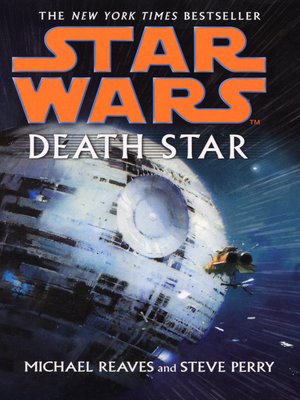 The Death Star is one of the great icons of the science fiction genre. Now veteran Star Wars authors Michael Reaves and Steve Perry join forces to tell the story of the Death Star, from the start of its construction to its final destruction at the hands of Luke Skywalker and the Rebel Alliance. New characters flesh out the human aspect of the tale with pathos and bathos; familiar characters, like Darth Vader and Moff Tarkin, the architect of the Death Star, also have their parts to play. Even Luke, Princess Leia, Han Solo, and Chewbacca the Wookiee, show up in cameo roles, from the familiar movie scenes when they were captured on and then escaped from the Death Star. DEATH STAR is a book for all Star Wars fans -- not just the core fans who read everything the so-called "expanded universe" has to offer, but also all those who loved the original movies.

Michael Reaves is a screenwriter who has written, story-edited, and/or produced hundreds of teleplays for various television series, including Star Trek: The Next Generation, The Twilight Zone, Sliders, and Monsters. He was also a story editor and...

More about Michael Reaves
Death Star
Copy and paste the code into your website.
New here? Learn how to read digital books for free