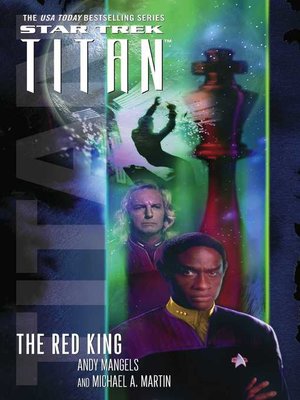 Following their harrowing mission in the first Titan novel, TAKING WING, in which they were thrust into the heart of the war-torn Romulan Empire, Captain Riker and the crew of the starship Titan join forces with a task force of former foes. Together they investigate an eighty-year-old mystery involving a strange offshoot of humanity known as the Neyel, introduced in the authors' best-selling Lost Era novel, THE SUNDERED.
Catapulted to a distant neighbouring galaxy, the task force of Klingons and Romulans is devastated by forces that have apparently already brought about the destruction of the Neyel civilization. Titan's intrepid crew must learn what really became of the Neyel before the force that felled them sets its sights on the Federation.

More about Andy Mangels
The Red King
Copy and paste the code into your website.
New here? Learn how to read digital books for free