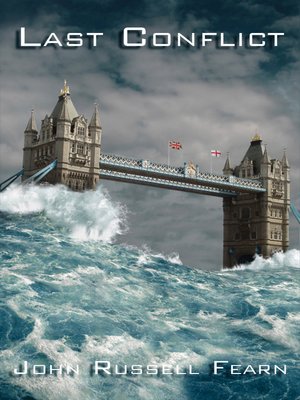 Last Conflict, in which an artificial storm of incredible violence—a storm that destroys London and all its environs—reveals the rise of a ruthless new scientist who uses his newly acquired control of the weather to gain ultimate power.

Nemesis, in which a rogue asteroid heading straight for Earth is driven out of control by a ruthless dictator who wants to conquer the stars—and instead may only destroy himself and the planet.

Three's A Crowd, in which explorer Bruce Langden's beautiful new wife, a descendant of a lost race of Incas he's recently discovered in the Amazon jungle, either suffers either from some strange disease—or is having an affair with his best friend and fellow traveler; the truth is stranger than fiction!

Last Conflict
Copy and paste the code into your website.
New here? Learn how to read digital books for free