Shadow of the Rock 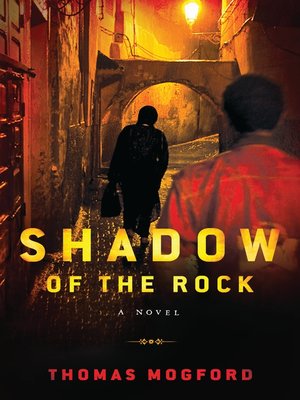 A humid summer night in Gibraltar. Lawyer Spike Sanguinetti finds Solomon Hassan, an old school friend, waiting on his doorstep. Solomon has been accused of murdering a Spanish girl, Esperanza, in Tangiers - slicing her throat on a beach. He has managed to skip across the Straits but the Moroccan authorities want him back.

In order to delay the extradition, Spike travels to Tangiers. Helped by Solomon's boss, Nadeer - the founder of a renewable-energy company called Dunetech, who are about to close a deal to finance an enormous solar-power site in the Sahara - Spike realises that if he can delay Solomon's trial until after the deal signs, Nadeer will persuade the Governor of Tangiers to bury the extradition demand.

While in Tangiers, Spike meets a beautiful Bedouin girl called Zahra who believes Dunetech are linked to the disappearance of her father. As Spike tries to discover more he finds himself in a dangerous game of secrets, corruption and murderous lies.

The Shadow of the Rock marks the arrival of a compelling new international, character-led thriller series.