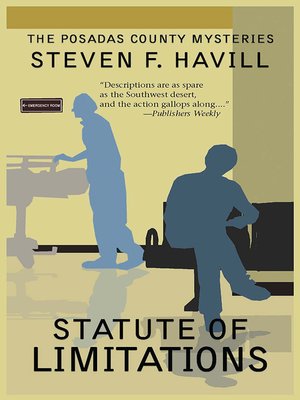 "In close-knit Posadas County, where everyone knows everyone's business, it turns out that some people can bury secrets, and some secrets are murderous."—Kirkus Reviews

It's Christmas in Posadas County. Undersheriff Estelle Reyes-Guzman is settling down to a quiet evening with her family, until her doctor husband gets a call from the retired chief-of-police: he's at a nearby motel, having pains. Then Estelle gets a call herself. She and ex-Sheriff Bill Gastner, who was visiting the Guzman home at the time, arrive at the motel parking lot. It appears that Eduardo had an exchange with two men and then collapsed, the men taking off in his car. An out-of-town couple, the woman on the verge of giving birth, were the only ones to witness the encounter, but something seems off in their story. This is the fourteenth in Havill's Posadas County mysteries.