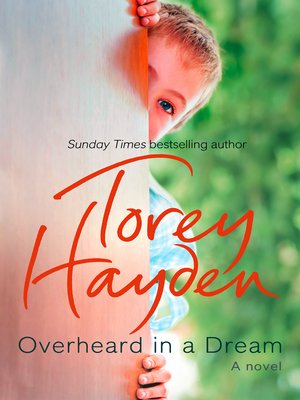 Overheard in a Dream

FictionLiterature
Bestselling author Torey Hayden's novel is a fascinating study of a fractured family, a troubled child, and a psychiatrist’s attempts to rescue them. Conor, aged nine, arrives in the play therapy room of child psychiatrist James Innes with the diagnosis "autistic". His mother Laura, an aloof, enigmatic novelist, can't handle him. His rancher father, embroiled in divorcing Laura, does not feel there is anything wrong with Conor. His six year old sister Morgana insists he really does see ghosts. As James becomes convinced Conor is not autistic, he is drawn first into Conor's strange world of "things the cat knows" and then into Morgana's stories of her friend the "Lion King". James is pulled most deeply, however, into Laura's world; at first that of a lonely, rather difficult woman and then, eventually, into the world of her imagination, an enthralling world that seems almost real - and that hides a terrible secret.
FictionLiterature

More about Torey Hayden
Overheard in a Dream
Copy and paste the code into your website.
New here? Learn how to read digital books for free