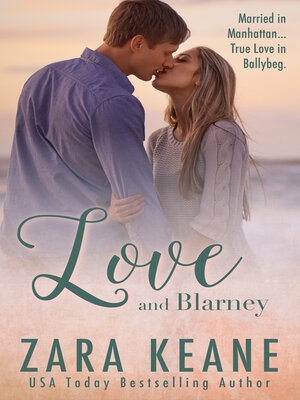 A marriage in trouble and a ticking clock.
Falling for her husband...
Ruairí MacCarthy abandoned his life in New York to deal with a family crisis in Ireland. Twelve months later, he's traded his three-piece suits and Wall Street career for jeans and a job managing his family's pub in Ballybeg. When his estranged wife bursts back into his life looking for a reconciliation, Ruairí must decide if home is where the heart is.

Jayme King wants Ruairí back. She's prepared to battle sheep, floods, and crazy Irish in-laws to get him. Discovering he lied about his past was a shock, but Jayme's had months come to terms with the betrayal. Letting Ruairí go was the biggest mistake of her life. Can she persuade him to return to America and give their marriage a second chance?