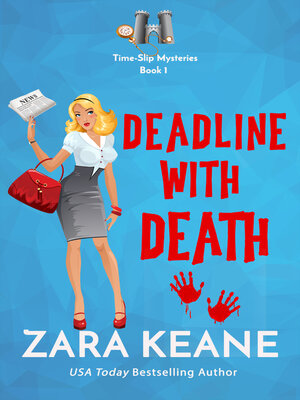 Dee Flanagan loves Irish history, bad rom-coms, and red lipstick. Dead clowns, injured time travelers, and shoot-outs don't make it onto the small-town reporter's Top Ten list. After the bullets stop flying in Dunleagh Castle's courtyard, it's up to Dee to convince people she didn't imagine a gunfight played out between two centuries.

With the body count rising, and no one willing to believe Dee's time travel theory, she's forced to team up with a man who's either a bona fide fruit cake or a police officer from the year 1919. Using her expert knowledge of the Irish War of Independence, Dee sets out to solve a century-old crime, plus a modern-day murder.