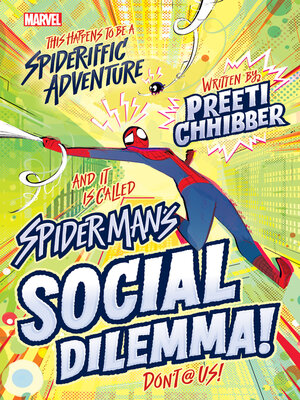 The first in a three-book middle grade novel series by Spider-Man's number one fan and hilarious fiction writer, Preeti Chhibber!

On top of all that, the notorious villain the Sandman is acting more strangely than ever, social media seems to be taking a toll on MJ, and someone keeps trying to steal an artifact that's supposedly powered by alien matter . . . which can't be good. Something eerie is going on, and Peter is determined to figure out what it is before things go from weird to dangerous.

Told with Preeti Chhibber's incomparable voice, which balances wit and charm with teenage earnestness and vulnerability, this series is full of action-adventure, humor, friendship, and, of course, heroism.

Complete the rest of your middle grade collection with these books from Marvel Press: