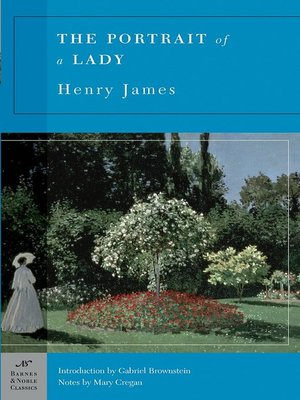 The Portrait of a Lady

The Portrait of a Lady, by Henry James, is part of the Barnes & Noble Classics series, which offers quality editions at affordable prices to the student and the general reader, including new scholarship, thoughtful design, and pages of carefully crafted extras. Here are some of the remarkable features of Barnes & Noble Classics:

All editions are beautifully designed and are printed to superior specifications; some include illustrations of historical interest. Barnes & Noble Classics pulls together a constellation of influences—biographical, historical, and literary—to enrich each reader's understanding of these enduring works.

Widely regarded as Henry James's greatest masterpiece, The Portrait of a Lady features one of the author's most magnificent heroines: Isabel Archer, a beautiful, spirited American who becomes a victim of her provincialism during her travels in Europe.
As the story begins, Isabel, resolved to determine her own fate, has turned down two eligible suitors. Her cousin, who is dying of tuberculosis, secretly gives her an inheritance so that she can remain independent and fulfill a grand destiny, but the fortune only leads her to make a tragic choice and marry Gilbert Osmond, an American expatriate who lives in Florence. Outwardly charming and cultivated, but fundamentally cold and cruel, Osmond only brings heartbreak and ruin to Isabel's life. Yet she survives as she begins to realize that true freedom means living with her choices and their consequences.
Richly complex and nearly aesthetically perfect, The Portrait of a Lady brilliantly portrays the clash between the innocence and exuberance of the New World and the corruption and wisdom of the Old.

Gabriel Brownstein is the author of a collection of stories—The Curious Case of Benjamin Button, Apt 3W—which won the 2002 PEN/Hemingway Award. His essays, reviews, and criticism have appeared in the Boston Globe, the New Leader, Scribner's British Writers, and on Nerve.com.

The Portrait of a Lady
Copy and paste the code into your website.
New here? Learn how to read digital books for free