Letters From the Hermit Kingdom 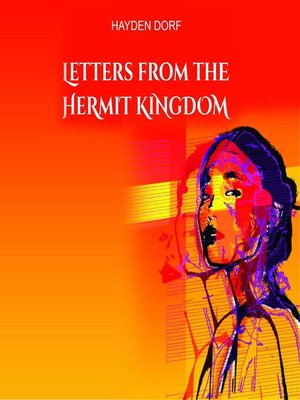 What is life like in North Korea? This is a question that each of us has probably asked at some point. This book provides an answer. And not only that.

Alex Robinson, a young American participating in an international event in South Korea, is kidnapped by North Koreans while visiting the demilitarized zone (DMZ) on the border between the two countries. Victims of the forced action are, along with him, a sergeant from the South Korean army and a young man from India. The Pyongyang government claims special conditions at their participation in the Winter Olympics in exchange for the prisoners. The sergeant, seriously injured in the explosion while saving Alex's life, asks him to send some letters to his fiancée and dictates an astonishing will, the contents of which the American would find out only after being released. Meanwhile, Alex, also injured in the explosion, falls in love with the young North Korean Kim Hyo-Ri who provides them with medical care.

What will be the fate of their fascinating love story? Will Alex survive and escape the Hermit Kingdom? And what do those letters contain to make the front page of South Korean newspapers?

Let's find out the answer together. Buy Letters from The Hermit Kingdom now and enter the heart of this story full of suspense, mystery, political intrigue, and, above all, love. Enjoy! www.hayden-dorf.com