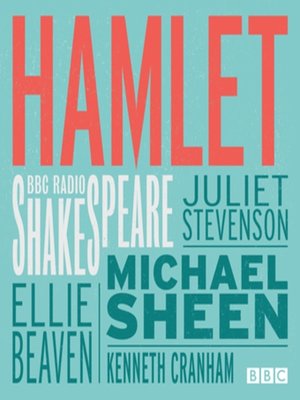 Michael Sheen stars as Hamlet with Kenneth Cranham as Claudius, Juliet Stevenson as Gertrude and Ellie Beaven as Ophelia in the best-known and most powerful tragedy of modern times.

Hamlet (BBC Radio Shakespeare)
Copy and paste the code into your website.
New here? Learn how to read digital books for free