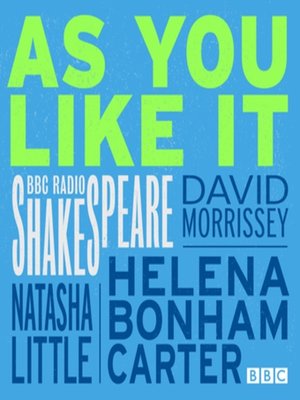 Helena Bonham Carter stars as Rosalind with David Morrissey as Orlando and Natasha Little as Celia in Shakespeare’s comedy about the enchanted world of the Forest of Arden.

As You Like It (BBC Radio Shakespeare)
Copy and paste the code into your website.
New here? Learn how to read digital books for free