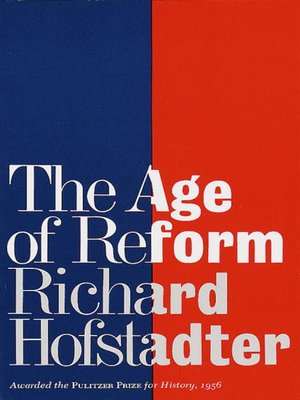 The Age of Reform

HistoryPoliticsNonfiction
Winner of the Pulitzer Prize in Non-Fiction.

This book is a landmark in American political thought. Preeminent Richard Hofstadter examines the passion for progress and reform that colored the entire period from 1890 to 1940 with startling and stimulating results. The Age of Reform searches out the moral and emotional motives of the reformers the myths and dreams in which they believed, and the realities with which they had to compromise.
HistoryPoliticsNonfiction

Born in 1916, Richard Hofstadter was one of the leading American historians and public intellectuals of the 20th century. His works include The Age of Reform, Anti-intellectualism in American Life, Social Darwinism in American Thought, 1860-1915, ...

More about Richard Hofstadter
The Age of Reform
Copy and paste the code into your website.
New here? Learn how to read digital books for free