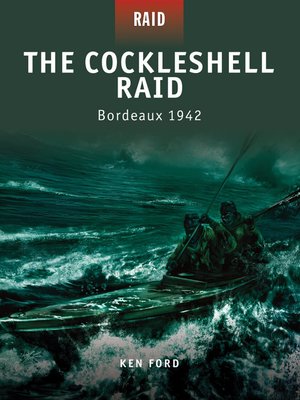 On the night of December 7, 1942, five canoes were launched off the mouth of the Gironde river, each containing a pair of British commandoes tasked with slipping into the port of Bordeaux and destroying as many of the merchant ships as possible. Only two of the canoes made it to the target, but it was enough. Five enemy ships were badly damaged in the attack. It then became a game of cat and mouse for the surviving commandoes in their attempt to get back to Britain. Some of the men made it to Gibraltar; others were caught and executed. Author Ken Ford gives a blow-by-blow account of one of the most daring raids of World War II, which badly upset the flow of material into Germany, and which gave the British public a much needed victory.