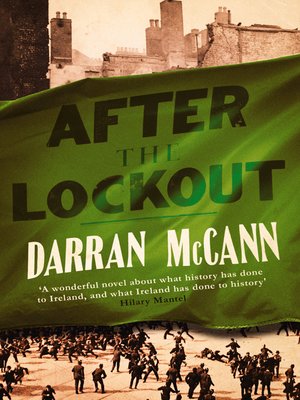 An ambitious and compelling first novel about a key moment in Irish history.

November 1917. With tensions in Ireland, war in Europe and revolution in Russia, Victor Lennon returns to his home village after a long exile. Radicalised by his experiences in the Dublin Lockout and Easter Rising, Victor is a hero to many but a danger to some.

Those closest to Victor know his true nature: his father, Pius, now drinking himself to death; his oldest friend, Charlie, wounded in the trenches; and the love of his life, Maggie, who he left behind years before. But soon Victor and the fearsome parish priest, Stanislaus Benedict, are on a collision course, with the very souls of the people caught between religion and socialism.

Told from the perspectives of these two equally strong-willed characters, After the Lockout is a first novel of tremendous ambition and achievement. At its heart is a conflict emblematic of a recurring faultline in Irish history, and of one more eternal and universal: between hope and experience; between ideals and human weakness.

Fiction Historical Fiction
After the Lockout
New here? Learn how to read digital books for free