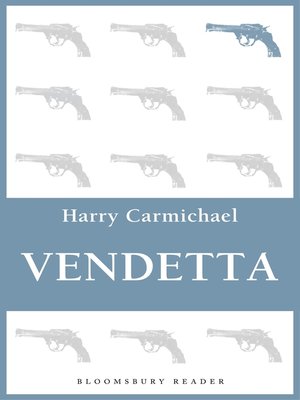 When Piper arrived at the house and saw his client lounging in an armchair listening to Mozart, he had no reason to think that this was one day he would never forget. It was not Haupmann's premonitions of disaster that so impressed themselves on Piper, nor even the startling beauty of Gizelle Haupmann...

Disregarding the warnings Haupmann had been given at seances held by a London spiritualist association, Piper endorsed the additional insurance that Haupmann asked for. No sooner were the policies issued than it became apparent that something more tangible than ghostly spirits was bent on injuring Fritz Haupmann. Somebody hated him: somebody was prepared to conduct a ruthless vendetta against him and all he held dear.

Harry Carmichael's novel builds up by way of numerous adroit twists, shifts of suspicion and rising excitement to a sensational climax.