Naked to the Grave 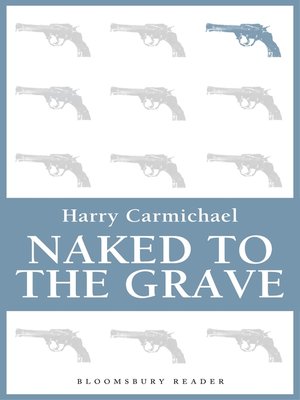 When insurance assessor John Piper calls at the Daveys' flat in Hampstead, he has no idea that his visit will turn out to be anything but an ordinary professional appointment. But it would seem that someone else had already visited Flat 2A that Saturday afternoon... Shortly after Piper's arrival, Pauline Davey is found brutally stabbed, apparently during her afternoon nap. The bloody scissors on her pillow hint at what has happened even before the covers are pulled back to reveal the once lovely body, horribly mutilated. All the evidence points to murder and the police are looking hard at Julian Davey. Piper and his friend, crime reporter Quinn, begin poking around, and in the process Davey's alibi is shot full of holes. Persisting in their inquiries, the two men soon uncover an adulterous love triangle among neighbors, a group of Pauline's wealthy friends with a penchant for gambling, and a general unwillingness by all concerned to answer any questions. The actions of Piper and Quinn apparently make the murderer uncomfortable, for more deaths follow as they come closer to discovering the truth. Soon Piper and Quinn are off again with a new set of problems, too many suspects with too many possible motives, and a dangerous killer on the loose who will stop at nothing to prevent the discovery of his identity.