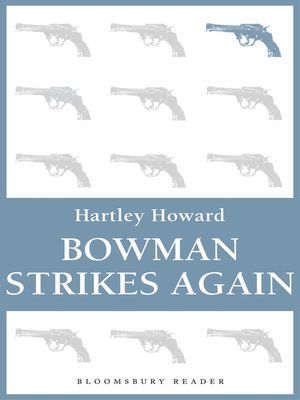 View more libraries...
There was poison in the glass-and it was the detective in the case who drank it! But for the attentions of a conscientious drug-store attendant there would have been one dark handsome stranger the less to spend his free time on blondes!

Glenn Bowman had been asked by District Attorney Eric Webster to find his eighteen year old son, who had vanished after being jailed for twenty eight days for dangerous driving. Webster was up for re-election and could not afford a scandal, so Bowman's investigations in the Los Angeles district had to be secret. The attempt on his life proved that they were not.

Before Bowman solves Paul Webster's disappearance, and links it up with a particularly vicious racket, more deadly events occur. Dynamic action on the part of Bowman is called for and he rises to the occasion in a fast-moving story which Hartley Howard handles superbly.