Life at 24 Frames Per Second 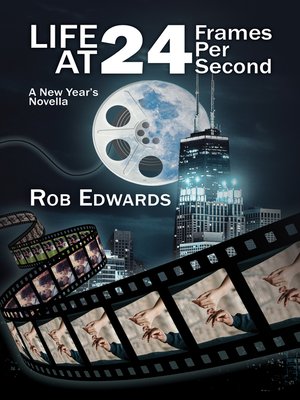 Bryce Cochran had the worst New Year's Eve of his life.
Then he died.
He awakens in Hotel Purgatory and meets his host, the eccentric Mr. Sense. The elderly gentleman escorts Bryce into a private movie theater and proceeds to thread reels of film onto an old projector. Watching his own life unfold on the silver screen, Bryce is taken on a journey of self-discovery, peppered with drama, angst and humor. But the films become more intriguing once the "what-if" reels begin. They provide a setting where Bryce's life questions are answered, his own possibilities are revealed. and ultimately discovers the rocky path to true love.
But how does he get out of Hotel Purgatory?
Make it a resolution to unlock the surprises in this captivating New Year's tale!